Do You Love A Bargain?

Wealth Train > Blogs > Do You Love A Bargain?

Do You Love A Bargain? 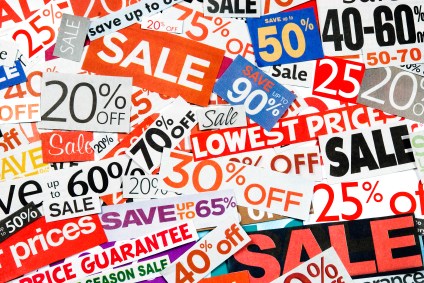 You need a new pair of shoes and you’d eyed off a pair in the local store for $150 and decided to wait until the post-Christmas sales to see if you might get them on sale. After Christmas, you find that the local store hasn’t put them on sale, but the store on the other side of the city or the next town (depending on where you live) has them on sale for HALF PRICE. $75 instead of $150… Great! Bargain! “I’ll have those”, I hear you say. How much effort would you go to in order to get the deal? Would you jump in the car and go for a drive to get the saving?

You need a new laptop. Full price is $2,500. You wait until after Christmas and find you get it for $75 less at the store on the other side of the city or the next town. I’m guessing you would think it’s not worth the effort to only save $75?

Many of us frame our financial decisions this way. We see a 50% saving on the pair of shoes as highly valuable, but a 3% saving on the laptop as effectively worthless. However, $75 is $75.

We see paying 4 cents per litre less for petrol as worth some effort, but putting in the effort to pay 1% less in fees on superannuation as too hard. One might save you about $2 a week, the other might save you hundreds of thousands of dollars over your working life and make you thousands of dollars a year better off (each and every year) when it comes times to retire.

You know the feeling of getting a bargain. When you feel like you got a great deal you almost feel like you’ve made money (a dangerous thought that can lead to spending more than you should!).

You might not get the same immediate buzz from getting a financial plan done for you, but I can guarantee you’ll be able to afford to buy a whole lot more in the future if you pay a little attention now.

When you’re ready, book a time to come and have a chat and let’s get the ball rolling on putting in place the strategies for you to get the benefits from rational, logical, scientific ways to manage your money. I’ll make sure you’re getting the most out of your money.

In the meantime, I hope you find a bargain price on something you need!