The superannuation industry thanks you for your annual donation

The superannuation industry thanks you for your annual donation 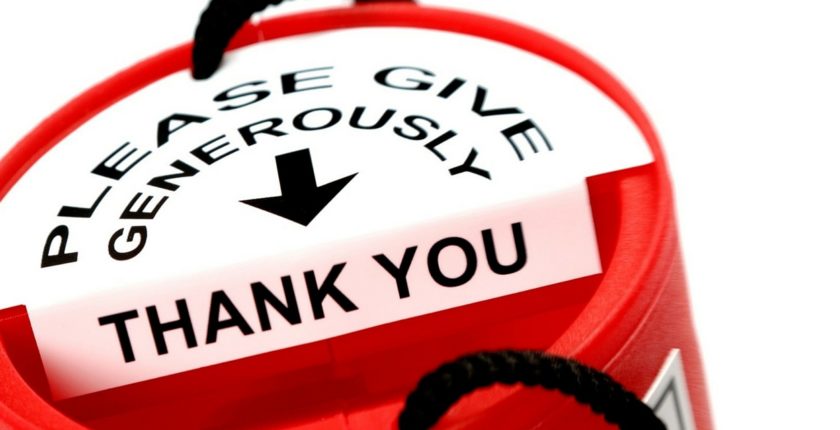 If you’re amongst the majority of Australians who don’t know what fees they’re paying on their superannuation, then chances are you’re paying more than you need to.

Australians pay around $20 BILLION in fees and expenses on their superannuation. They pay another $5 BILLION in fees to financial planners. Many of the people charging those fees are taking their slice of the pie, but crippling the futures of those they claim to be helping.

Research from ING has found that fees on superannuation range from 0% to 2.33% per annum. I’m going to ignore the 0% fee options (actually offered by ING) because these are investment options that invest primarily in cash, which for almost everybody will not provide a high enough return over the long term. The simple reality is that fees are one of the things that you do have control over because you can exercise choice in who is managing your super. And the amount you pay in fees can have a huge impact on what you end up having available to pay yourself an income in retirement. 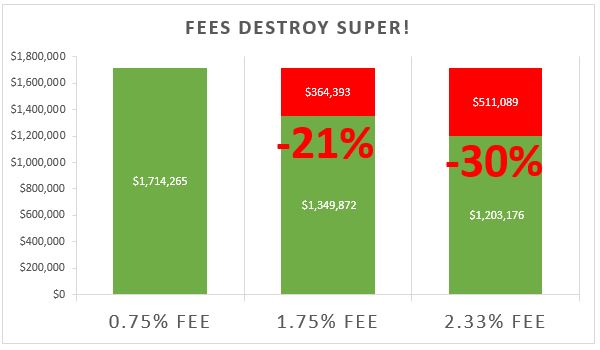 I’m assuming you’re looking forward to one day being able to retire. And if retiring with anything resembling a similar lifestyle to what you have now is a goal of yours, then perhaps it’s not worth giving away up to 30% of your retirement savings to an industry that’s taking many people for a ride. (IMPORTANT NOTE: Super isn’t the problem, it’s the most tax-effective way you can invest your money… the problem is people’s apathy in not paying attention to their super!)

The more of these fees you can keep in your own pocket the better off you will be in the long term. But the reality is, people don’t know what they don’t know, so make it a priority to learn what you need to know to take control of your financial future so that it’s your retirement you’ll be funding going forward and not the retirement of those who ‘manage’ your money for you. Now, you might be further along your journey than a 20 year old just starting out, but make the most of whatever time you have before retirement to make YOUR money work as hard for YOU as possible.